Let us speak of bugges, camels, lions, owls, moles, or perhaps of standing fishes, vinegar, treacle, fools, unrighteous, wife beaters, breeches and diglots. A strange and varied list but with a common thread.

The late Lord Wardington, bibliophile par excellence, would have had no difficulty whatsoever in solving this conundrum. His covetousness-inducing bible collection came under the hammer at Sotheby’s recently: in an essay on the English Bible, reprinted as an introduction to the Auction Catalogue, he remarked that his main interest was collecting bibles. The listed words are, of course, with the notable exception of a diglot, the names of bibles with unusual renderings and misprints.

A friend, who caught me enthusing about this fine collection of bibles and dreaming of owning them, asked rather incredulously why should I want to do such a thing? Well, to collect anything implies an interest in and appreciation of the object concerned. If it yields a fortune, as did the Wardington Bible collection, albeit over several generations, so much the better.

Bible collecting is becoming an increasingly popular hobby judging by the number of museums being established and by the prices asked for even individual leaves of old Bibles. The prices attained for lots at the recent Sotheby’s auction were all well above the estimates. Some collectors go for Bibles with misprints. Take, for example, the Camel Bible of 1823 where Genesis 24:61 reads ‘And Rebekah arose, and her camels…’ rather than ‘and her damsels…’. Or what about the well-known adage ‘Know ye that the unrighteous shall inherit the kingdom of God’. Surely this sounds vaguely familiar? Indeed, in the current political climate of the world some are already of this opinion. This is, of course, the famous misprint of 1 Corinthians 6.9, contained in the aptly named Unrighteous Bible of 1653. The Owl Bible was so called because of a damaged printing plate where ‘own’ became ‘owl’ due to a damaged ‘n’. Even those who are not dedicated biblical scholars are aware of the Wicked Bible of 1631 which states in Exodus 20:14 ‘Thou shalt commit adultery’. 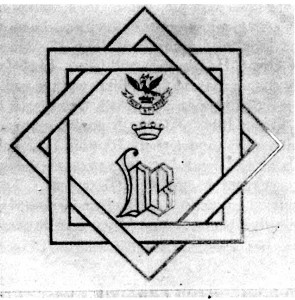 Tyndalians fortunate enough to attend the pre-sale viewing of the Wardington Bible Collection enthused over the so-called Mole Bible (an edition of Tyndale’s New Testament printed in Antwerp 1536) with its marvellous woodcuts. The attribution arises from the fact that one of these woodcuts shows St Paul resting his foot on a stone which bears the figure of a mole.

Bibles studies, bible sales, bible research, bible translations are indeed the overwhelming theme of this issue. Prof. Anne Hudson in the lead article The Premature Reformation, a printed version of her fascinating paper delivered at the Lichfield Conference in May 2006, discusses the life, writings and influence of John Wyclif. In the course of her studies she must have consulted more Wyclif bible manuscripts than most of us even knew still existed!

Our indefatigable reporter Eunice Burton has written on the above-mentioned Wardington Library Bible Auction as well as the London Walk and Study Day held at St Andrew by the Wardrobe, a sacred place since 1245, as its information leaflet proudly boasts. I have news for the compiler. It is still unknown to those most informed of people, London taxi drivers, after all those centuries! Third time lucky and I was transported to the steps by a driver who announced it was called by the Wardrobe after 1361 when the Great Wardrobe, housing Edward III’s robes of state in the Tower, was given new quarters adjacent to St Andrew’s. But I digress. The London Study Day concentrated on the lives and activities of Thomas Poyntz and Humphrey Monmouth, men who played a key role in helping Tyndale to print and market his English Bible. Delegates stood on the site of St Paul’s Cross where sermons were preached and bibles burnt. In retrospect Bishop Tunstall should be dubbed the hero of the book trade – his burning of bibles only served to stimulate the book trade in the 16th century and has lined the pocket of bible dealers and collectors in the 21st century. Brian Buxton and Andrew Hope, the speakers on that occasion, are still honing their researches. There is a report of Andrew Hope’s paper on Humphrey Monmouth in this issue and we are hopeful that Brian Buxton will publish his exciting findings on Henry Poyntz in the future.

Eunice’s report on the Lichfield Conference will appear in a later issue. She will no doubt write of the wonderful opportunity delegates had to handle and, indeed, buy old Scandinavian Bible leaves (Icelandic and Danish) thanks to our member in Denmark, Peter Raes, whose generous act of donating the proceeds to the Conference coffers was an original and welcome way of boosting its finances.

The Book Review section has greatly expanded this time and it has been most encouraging to receive so many reviews from members. My editorial assistant can always be kept happy with a Neil Inglis book review to proof read (I always try to send it to her between the more pedantic and routine items like adverts and requests from the editor!). She was delighted with Neil’s offbeat discussion of a new book by Joanna Denny on Anne Boleyn. Margaret Clark has kindly written two reviews on different subjects Mass and Parish in late Medieval York and The Swiss Reformation by Bruce Gordon. The editor was so pleased to find an enthusiastic reviewer for a continental book. Be assured there is a growing and excellent volley of these appearing; hence the inclusion of a review of Mark Taplin’s book on the Italian reformers and the Zurich Church. Mark my words: ignore 16th century Italian religious history at your peril!

The news and support from North America is most encouraging. In September 2007 there will be a 2nd International Virginia Tyndale Conference with the theme ‘How the Bible came to America’. This is being held in conjunction with the 400th anniversary celebrations of the establishment of a settlement at Jamestown. Europeans should start saving for their air fares to the US right now or perhaps we should go by sea using the same means of transport as the original Virginia settlers. It would be environmentally responsible and readers of recent newspaper reports will know that it would have the Anglican Bishop of London’s blessing!

The remarkable illuminated 7-volume manuscript Bible commissioned to mark the Millennium by the monks of the Benedictine Abbey and University of St John’s, Minnesota was discussed last year in the Journal by Donald Smeeton. In this issue David Green reports in Exhibition Reviews and News on the small exhibition mounted recently in the Victoria and Albert Museum in London. Watch out as this exhibition could be on show in a location near you. Back to Wyclif? Yes possibly but with a difference, as this recent project uses old techniques with computer-generated back up. Vic Perry has outlined ‘Some Recent Books with a Tyndale Perspective’. Bill Cooper has assessed and commented on the Greatsite Bible website – his commercial reticence prevented him contacting them to have them place an advert with us. Is there any one out there with selling techniques willing to chase up adverts for the TSJ? It would certainly enable its hard-pressed editor to improve the quality of production and even occasionally launch into colour illustrations.

In Ploughboy Notes David Ireson ponders on the significance of his visit to Harvington Hall in the Midlands. We have had a competition at a Conference but never in the Journal. The editor awaits with impatience your ingenious replies from our politically incorrect Sightings of Tyndale column! Incidentally this feature was started with the idea of reader participation. The editor seems to be the only active contributor left!

There are many exciting publications and events advertised in this issue – read it carefully, note the details in your diaries and resolve to attend. You will not be disappointed. Tyndalians are interesting and are often people with surprising and unsung talents.

I should like to thank everyone who has helped in any way with this issue – writers of articles, reviews, reports, letters and advertisers. My editorial assistant, Judith Munzinger, withdrew as is her wont to her mountain chalet for some serious editing but this time she invited the editor to stay with her. Are telephone signals that weak in the mountains, has the postman gone on strike or did my envious remarks finally become too obvious? Anyway we are thinking of forming a publishing company – Biblical Mountain Productions, Inc.!

May your bible collections thrive, whether they be first editions, manuscripts, finely bound editions, bibles printed in defunct or rarely spoken languages or just plain bible leaves. If there are any stray camels, owls, moles or wicked remarks herein contained please regard them as Forgotten Sins (1638). I will surely use as my defence the famous misprint of the Printers’ Bible c. 1702 —

‘Printers have persecuted me without a cause’. 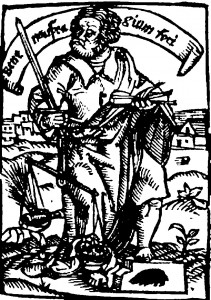